It examines how post-secondary institutions work to serve, protect, and promote student mental health. The research process is led by students on the studied campus, and allows them to highlight strengths and gaps of their campus’ mental health systems. 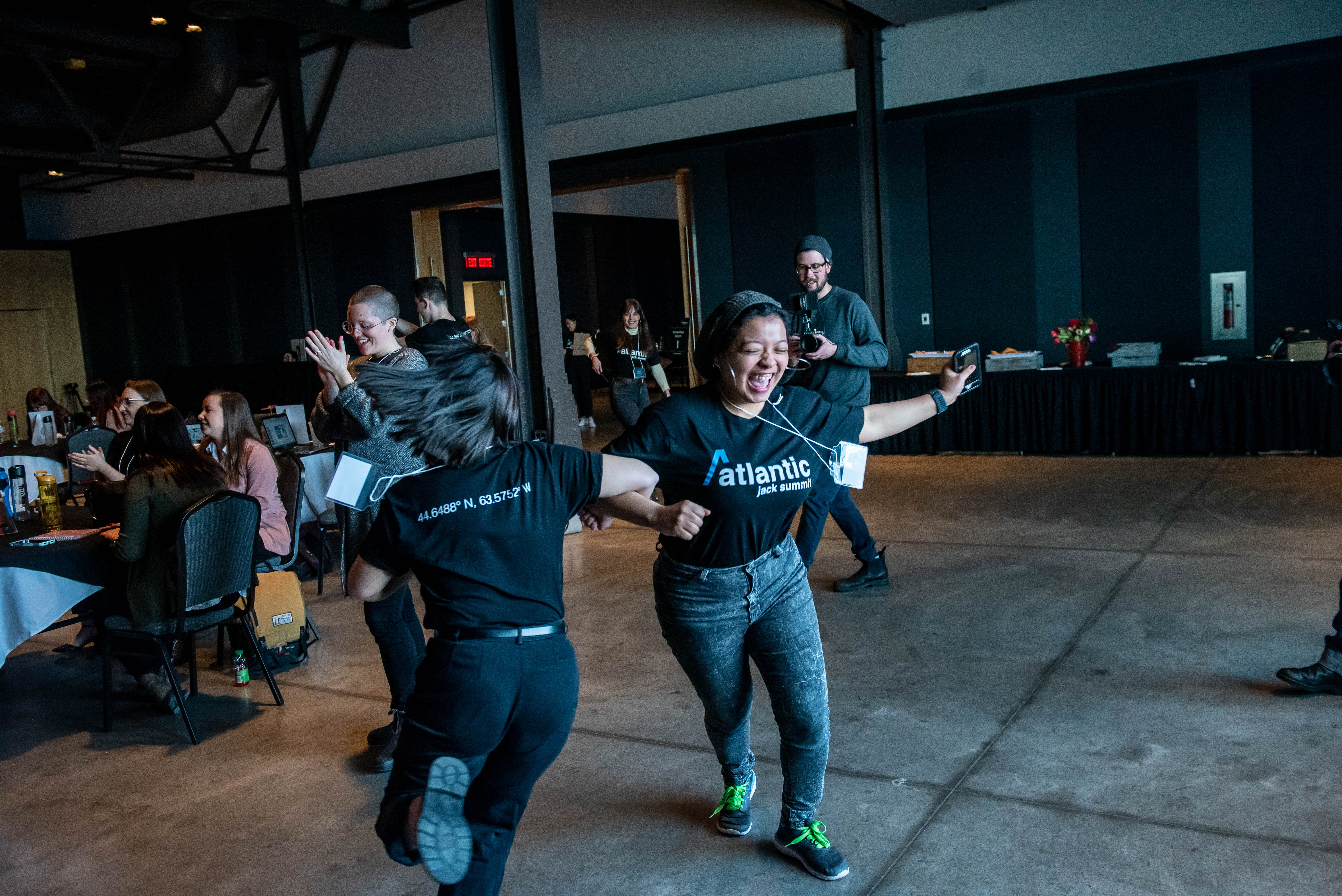 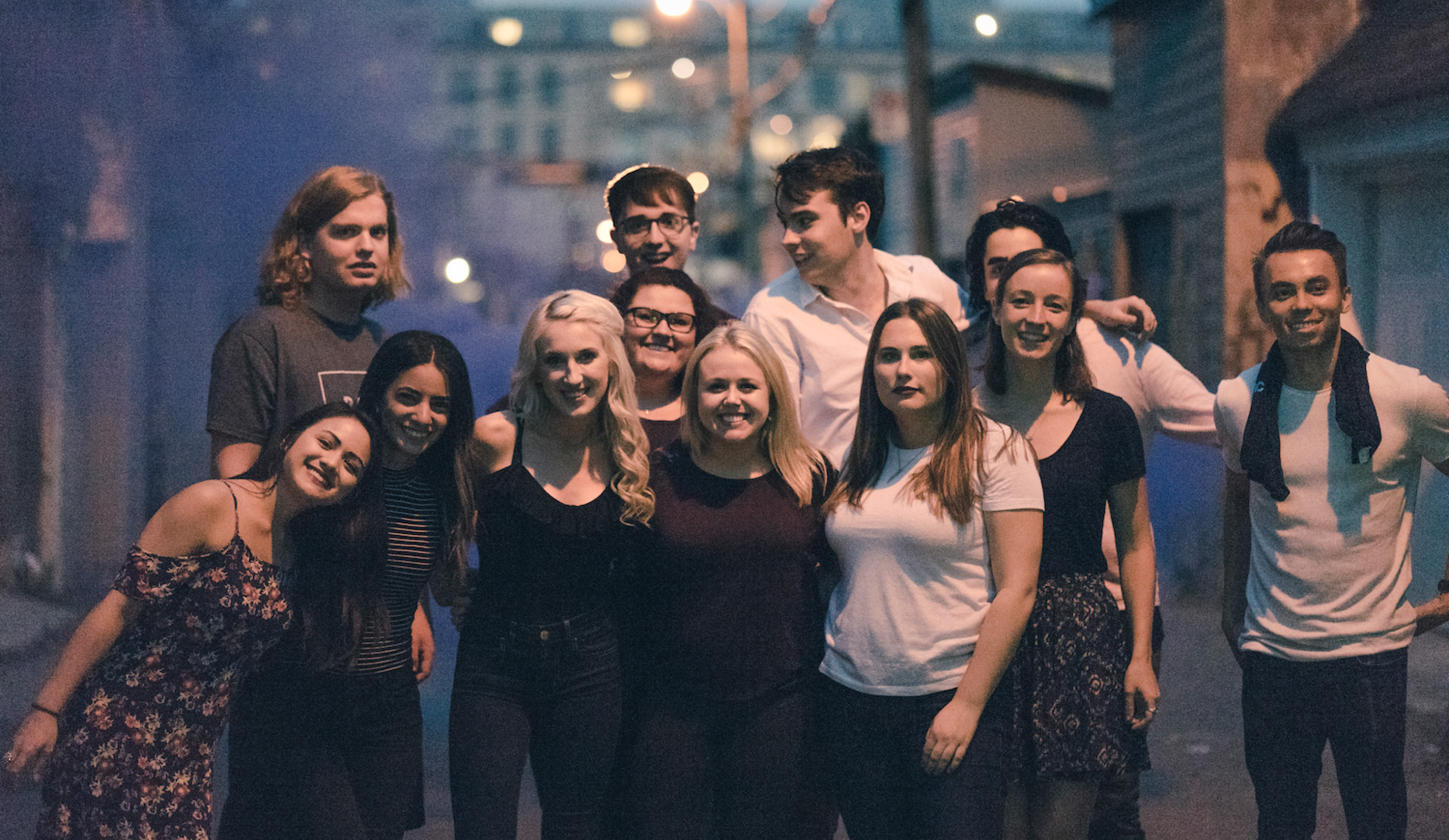 In the project’s third year, 2020-21, ten chapters completed the tool:

Our goal is to address, reduce, and combat mental health stigma through the planning and running of engaging, empowering, and all-encompassing initiatives.

Jack.org is coming to Trent University! Jack.org is a Canadian charity that works primarily on reducing stigma around mental health. Jack.org currently has over 150 chapters across Canada, with chapters running at Universities, colleges and high schools.

As a Jack Chapter, we work to identify and break down barriers to optimize mental health in our community and on our campus.

Student led chapter of Jack.org within the University of Toronto St.George Campus, aiming to spearhead the mental health revolution.

A national charity formed of student groups all across the country working together to improve mental health awareness and advocate for change. 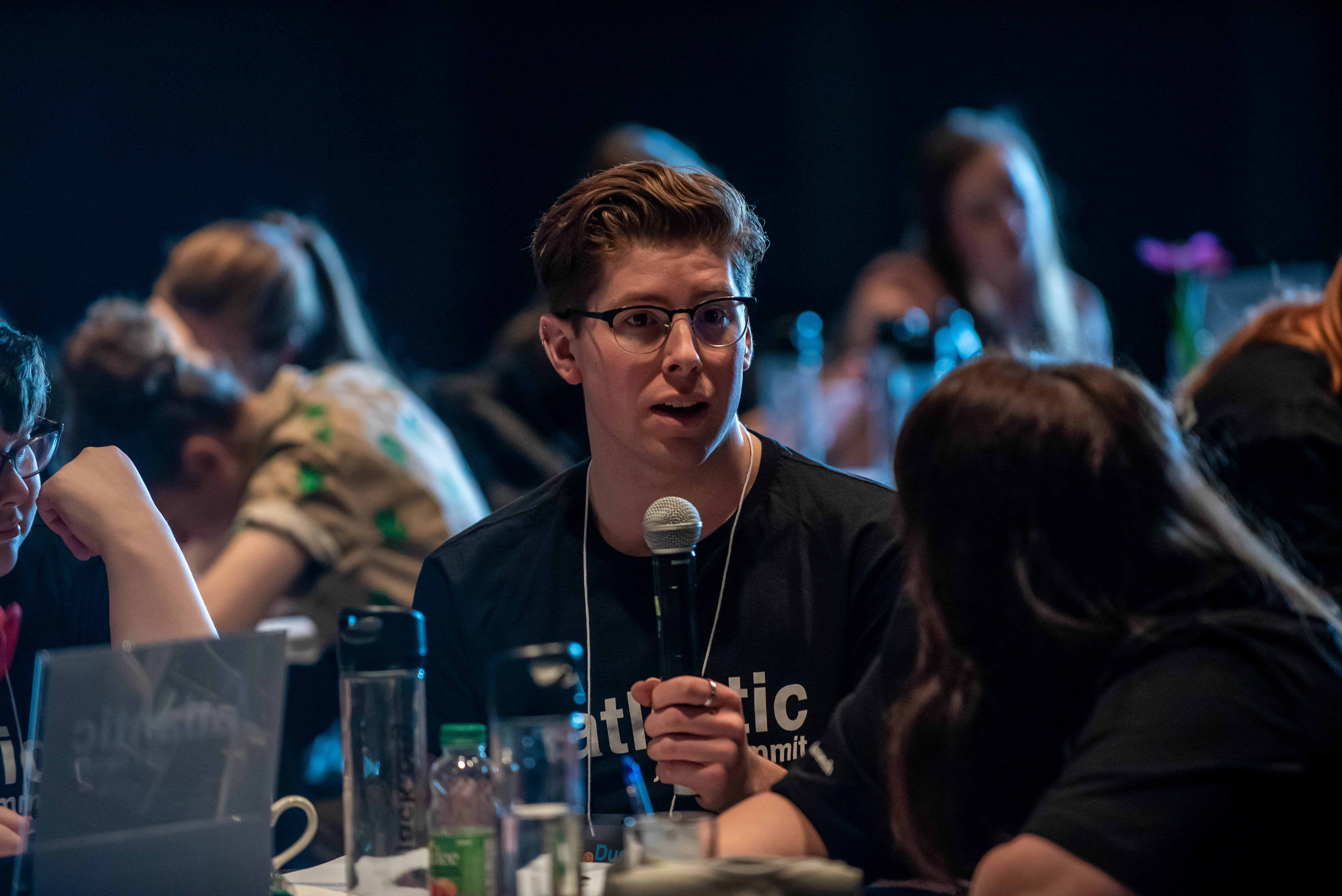 Why the Campus Assessment Tool?

The CAT examines how post-secondary institutions work to serve, protect, and promote student mental health. The research process is led by students on the studied campus, and allows them to highlight strengths and gaps of their campus’ mental health systems. As a youth-led participatory research project, the true value and purpose of the CAT is to empower students with data that allows them to meaningfully participate in the decision making process, as it specifically relates to mental health services, policies, practices and solutions.

What the CAT Offers

Documentation of each campus's mental health services, policies, and practices

Students who participate in the project gain valuable leadership experience and skills by conducting research, advocacy planning and relationship building with decision makers.

Students will receive a reference letter from Jack.org and will be credited in the National CAT Report

By understanding the mental health services on individual campuses, and the barriers to them, the knowledge produced from the CAT can be used to promote help-seeking behaviour amongst students and improve the learning and living conditions on campuses, to reduce the overall need for help-seeking. 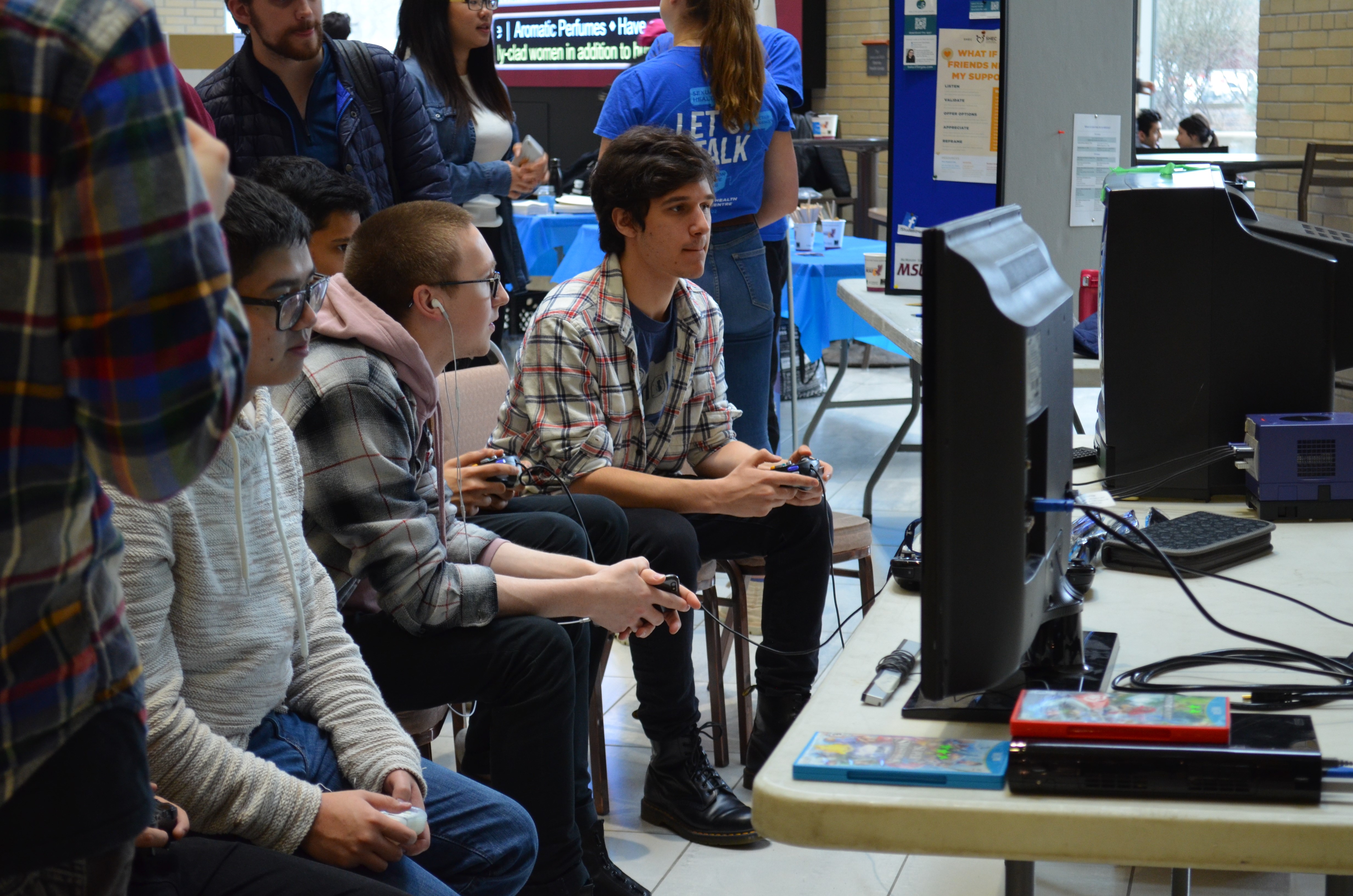 Students meet with Jack.org staff to reflect on early findings and next steps.

Student survey under development. Students will be consulted on survey design and content.

Ethics application for student survey sent in to participating campuses. Students can be involved in this process if they’d like.

Students utilize findings from the CAT to inform their advocacy + collaborate with campus decision makers/stakeholders to improve mental health landscape.

Survey sent out to the student body. Survey will be analyzed by Jack.org and findings shared with student researchers and campuses.

Jack.org staff will draft evidence briefs for each campus, and National CAT Report, on which student researchers will be acknowledged. 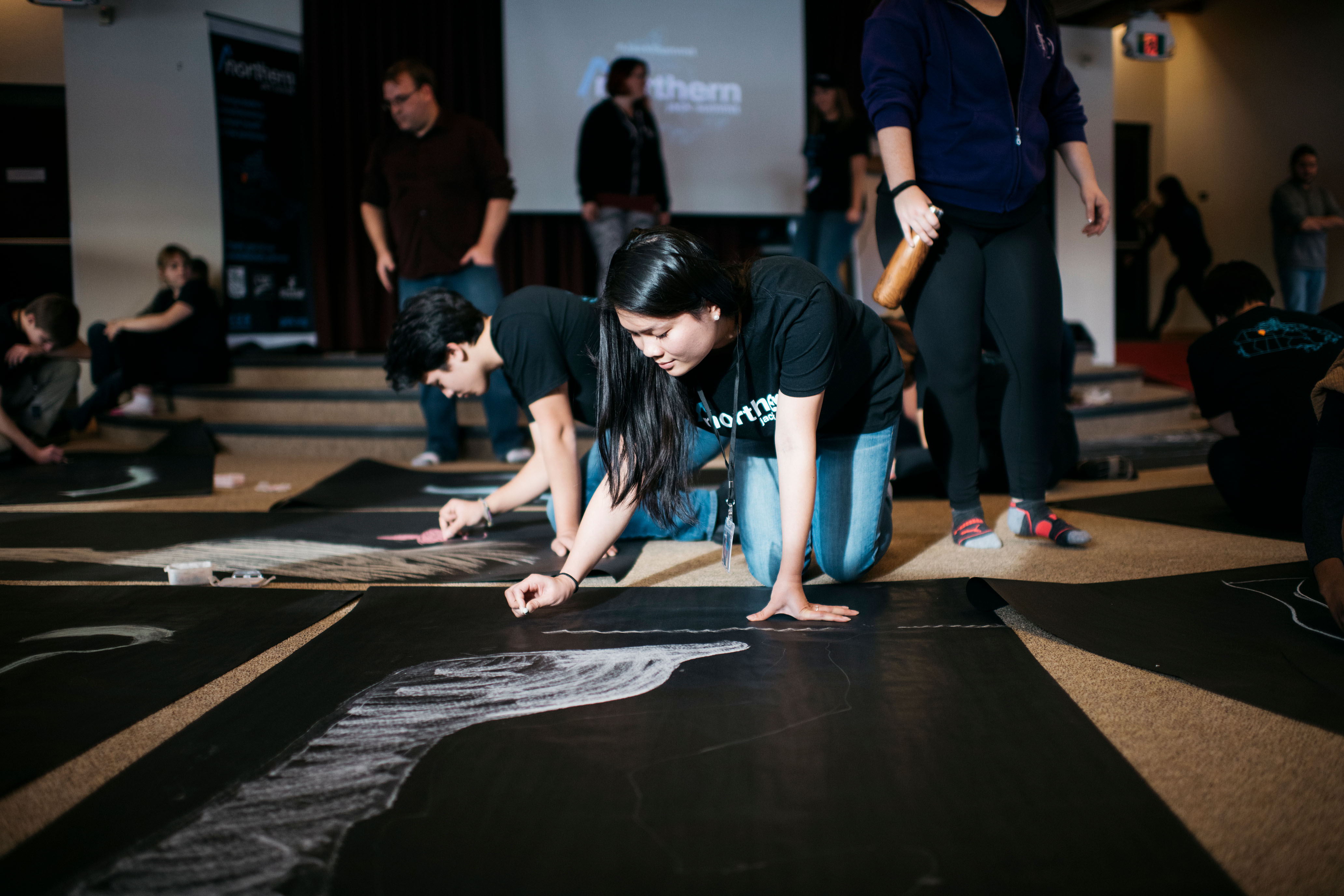 Eight out of 10 campuses offer walk-in or same day appointments for those who need immediate help. At all 10 campuses, those who are experiencing a mental health crisis can be seen immediately or on the same day.

Students continue to cite wait times as the most significant barrier to accessing services. 67% of surveyed students who have not accessed services in the past year do not feel that the services they need would be available in a timely manner. Improving wait times should continue to be a focus of post-secondary campuses across the country.

The national average insurance coverage for mental health services was $680 for the 2020–21 school year. The average coverage per session was 80%, meaning that the average student would pay 20% of the cost of an off-campus session out of their own pocket.

Eight out of 10 campuses have a suicide response/postvention plan. These plans are essential in preventing suicides clusters, and mitigating other negative repercussions of a suicide in the community. 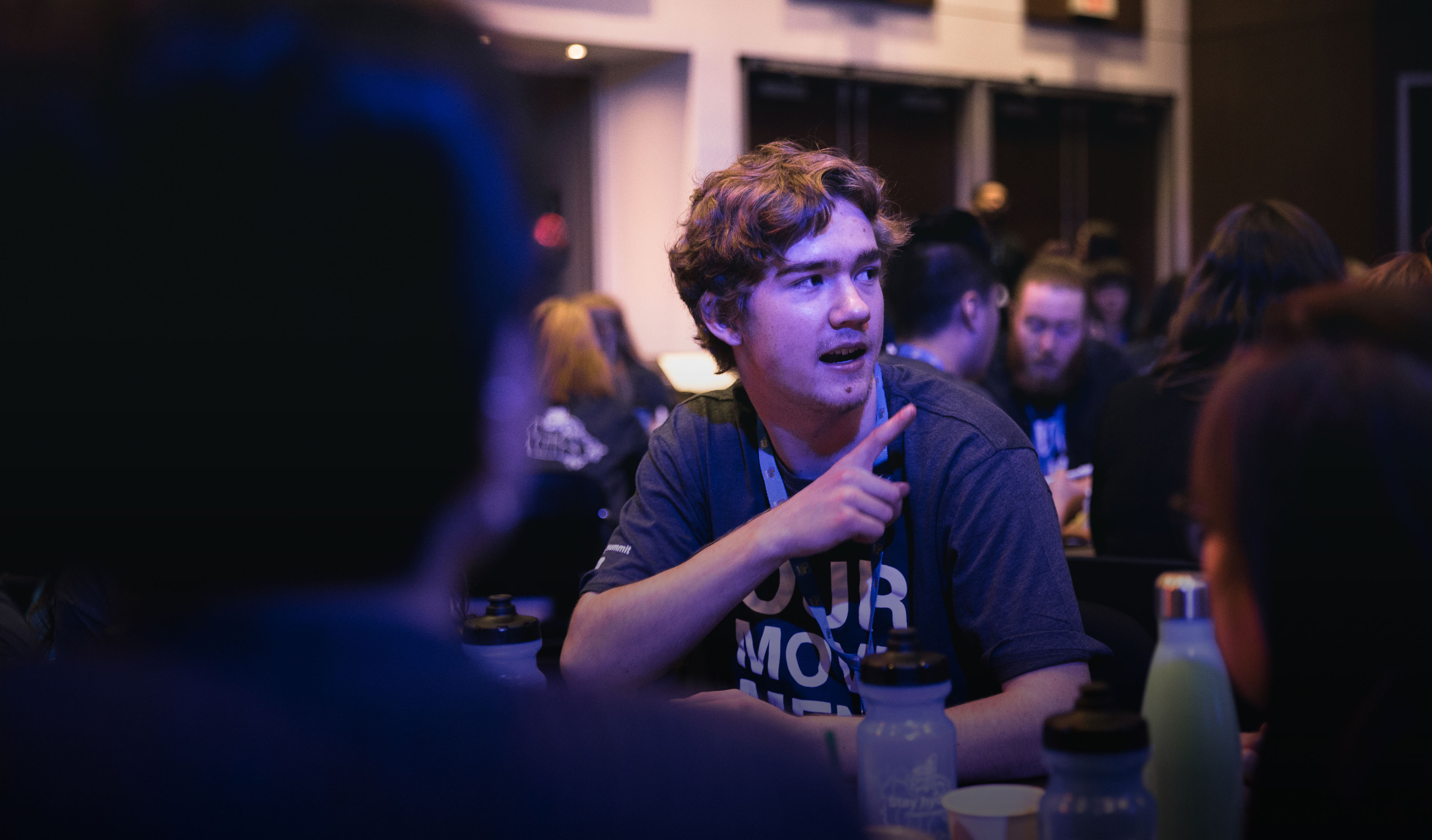 From the 10 Studied Campuses

What Causes Students to Struggle?

Post-secondary students continue to struggle with academic stress, financial stress, and within the last two years, the COVID-19 pandemic.

All 10 campuses provide some degree of general support services for students from equity-seeking groups, while a slight majority provide mental health-specific resources.

Wait times remain a persistent concern for students, and it is the top three reasons they report discomfort with accessing services.

There is a large variation between options from campus to campus and this information can often be difficult to find. 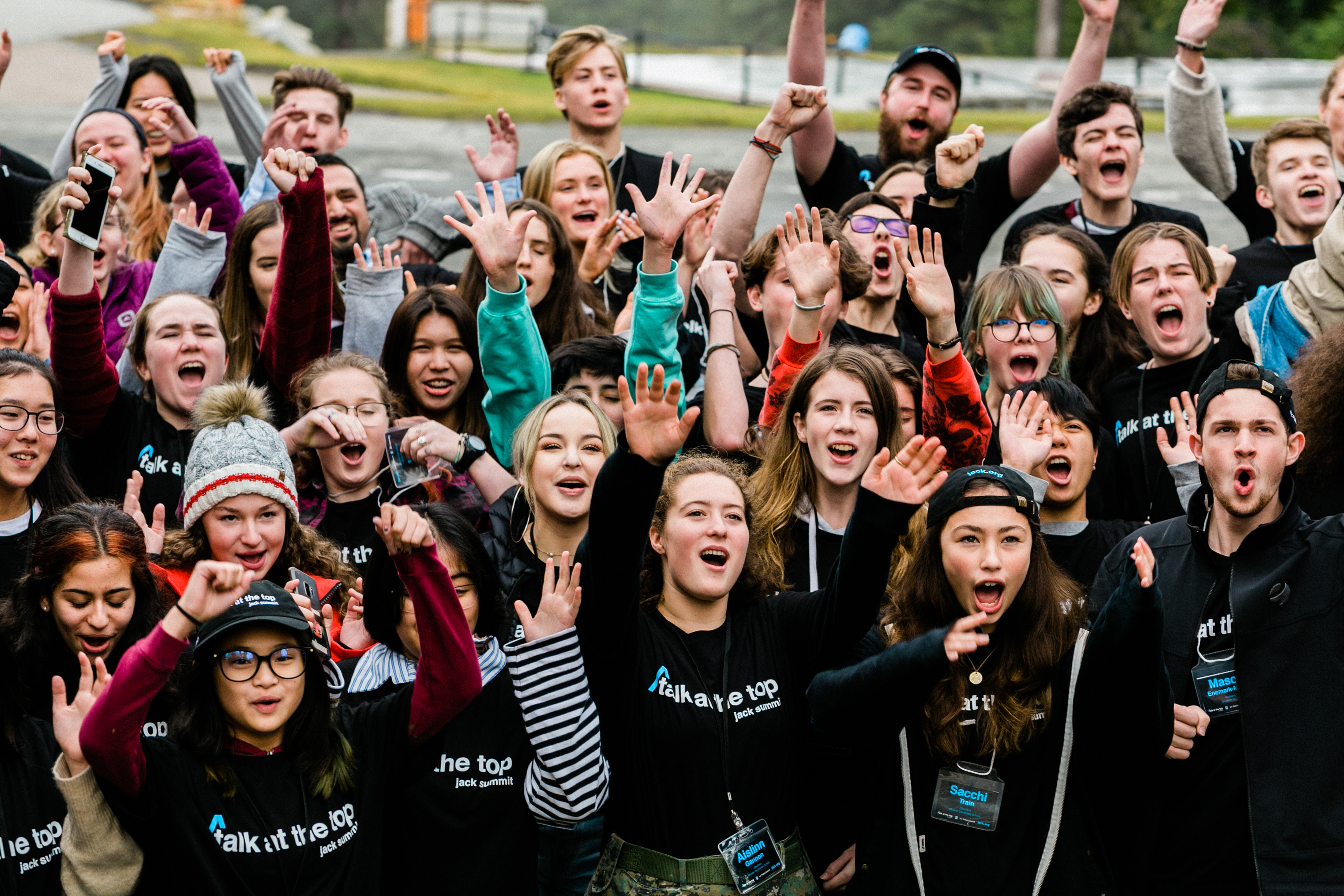 If you’re interested in learning more about how the CAT can be conducted on your campus, fill out the form below to get started! All post-secondary mental health stakeholders are welcome to apply, including students, faculty members and administrators. Unsure if the CAT is the right fit for your campus? Not to worry, a Jack.org staff member will reach out in the next couple of days to set up a call and walk you through the rest of the process and answer any questions you might have. 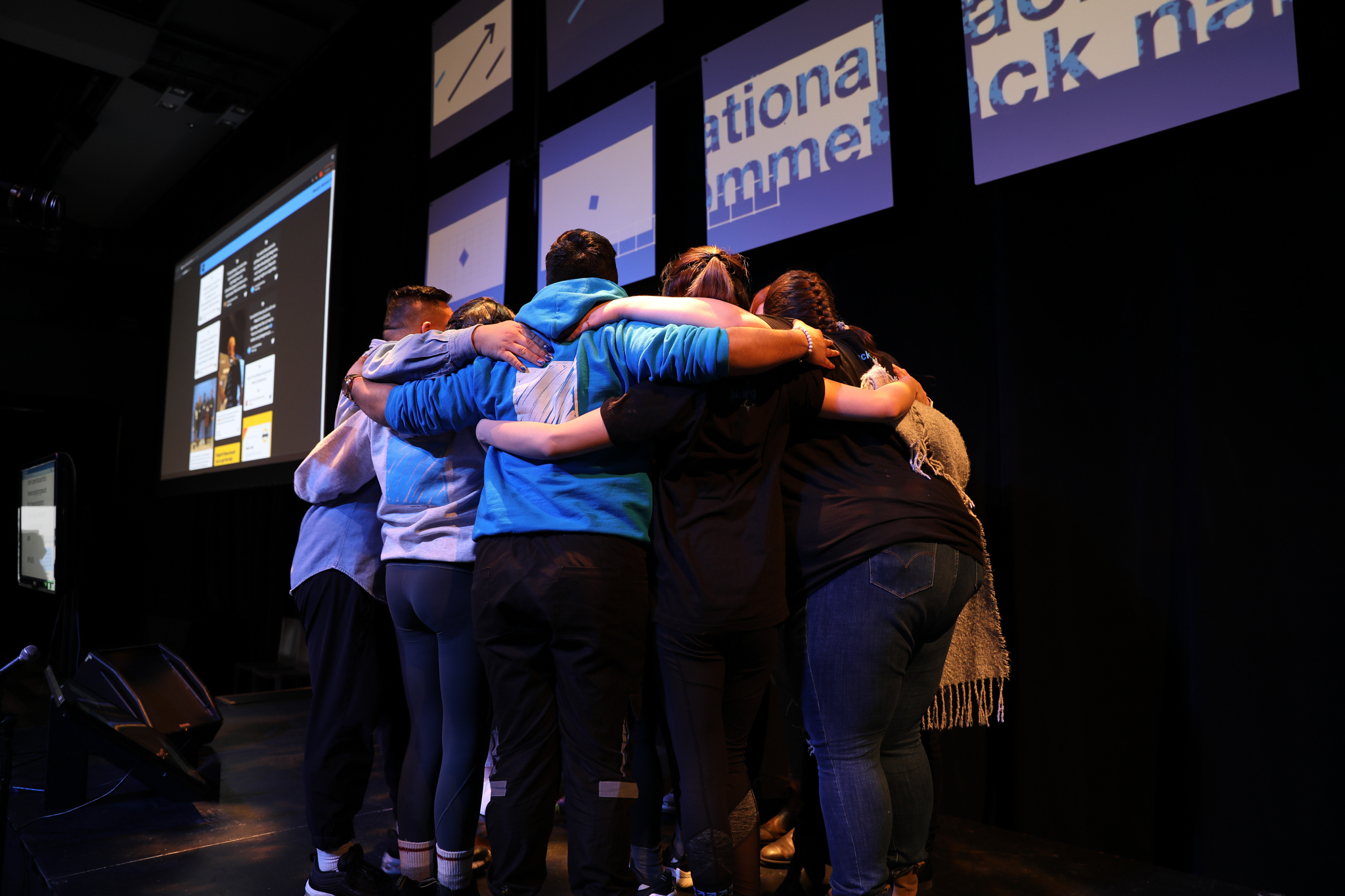 First and foremost, Jack.org would like to thank the Jack Chapter student researchers who completed the CAT on their campuses this year:

Their hard work is the reason this report exists, and we are extremely grateful for their dedication to improving mental health on their campuses. The 2021 Campus Assessment Tool Report was authored by Chelsea Cufaro and Stuart McHenry with the input and guidance of Holly Stanczak, as well as copy-editing support from Danielle Kinahan. Special thanks to Klara Vanzella Yang for her beautiful design work. Finally, we would like to thank Bell Let’s Talk and the Rossy Foundation for providing the funding that made this project possible. 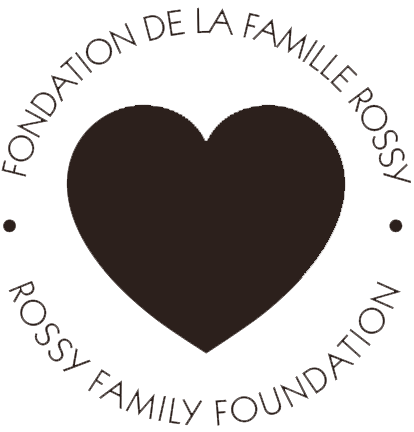 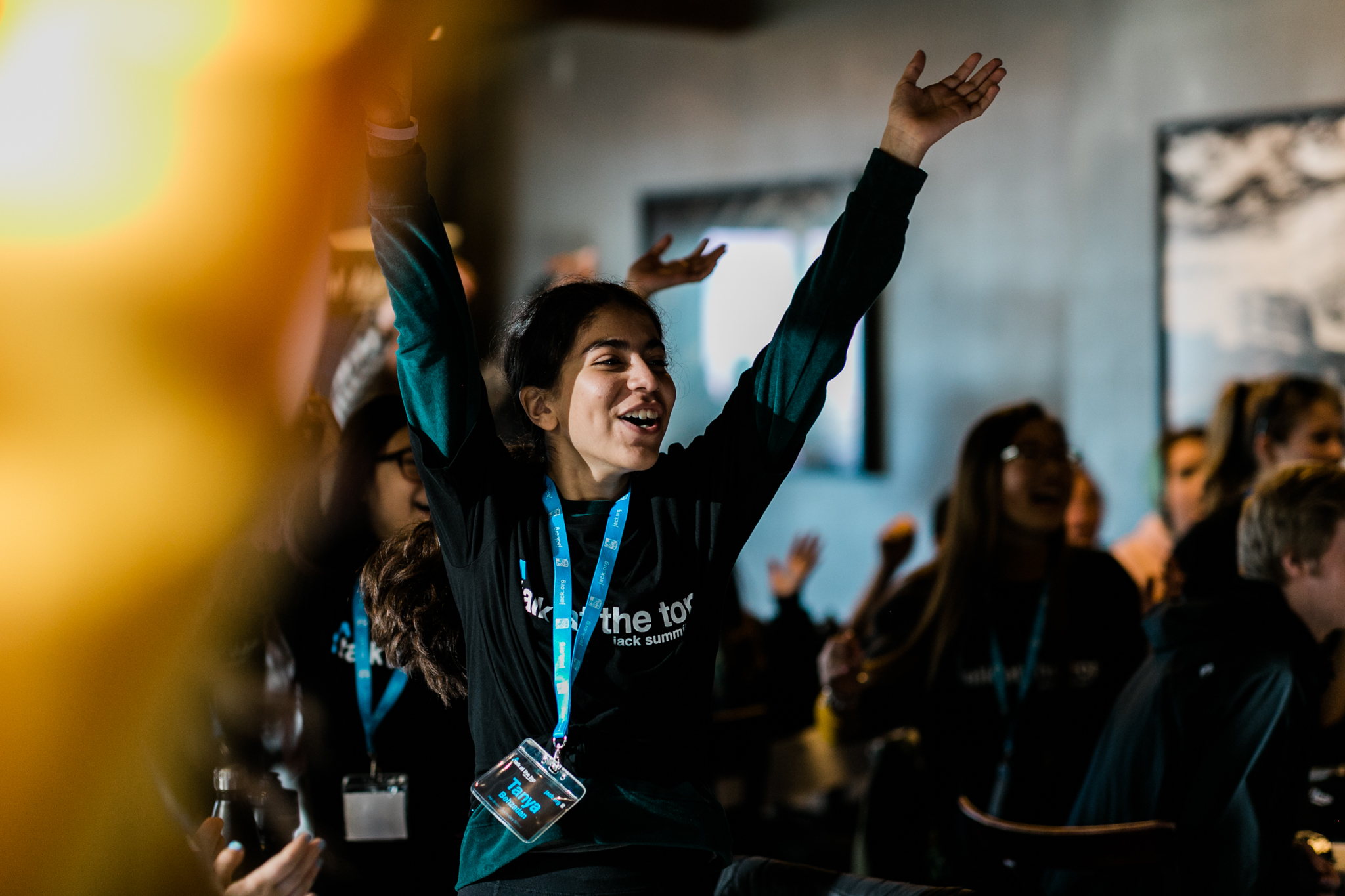 There is a large variation between options from campus to campus and this information can often be difficult to find.

“[The] student accommodation systems remain decentralized, with individual professors being responsible for approving accommodation requests. Such decentralization significantly disadvantages students. First, it provides no standardization between professors. In addition, such systems provide no mechanism for a professor’s decision to be appealed. Furthermore, it leaves room for a professor’s potential biases and experiences to influence their decision.

I hope that the CAT’s results can help schools move toward adopting a centralized student accommodation system to better support their students. Such systems assign the responsibility of approving accommodations to a neutral third party (e.g., an academic advisor).

The findings regarding academic accommodations for mental health align with what the broader Jack.org youth network has been saaying. Input from the CAT student participants suggest that this ability to accomodate could go a step further by creating a more reliable, objective process for students who require accommodations. 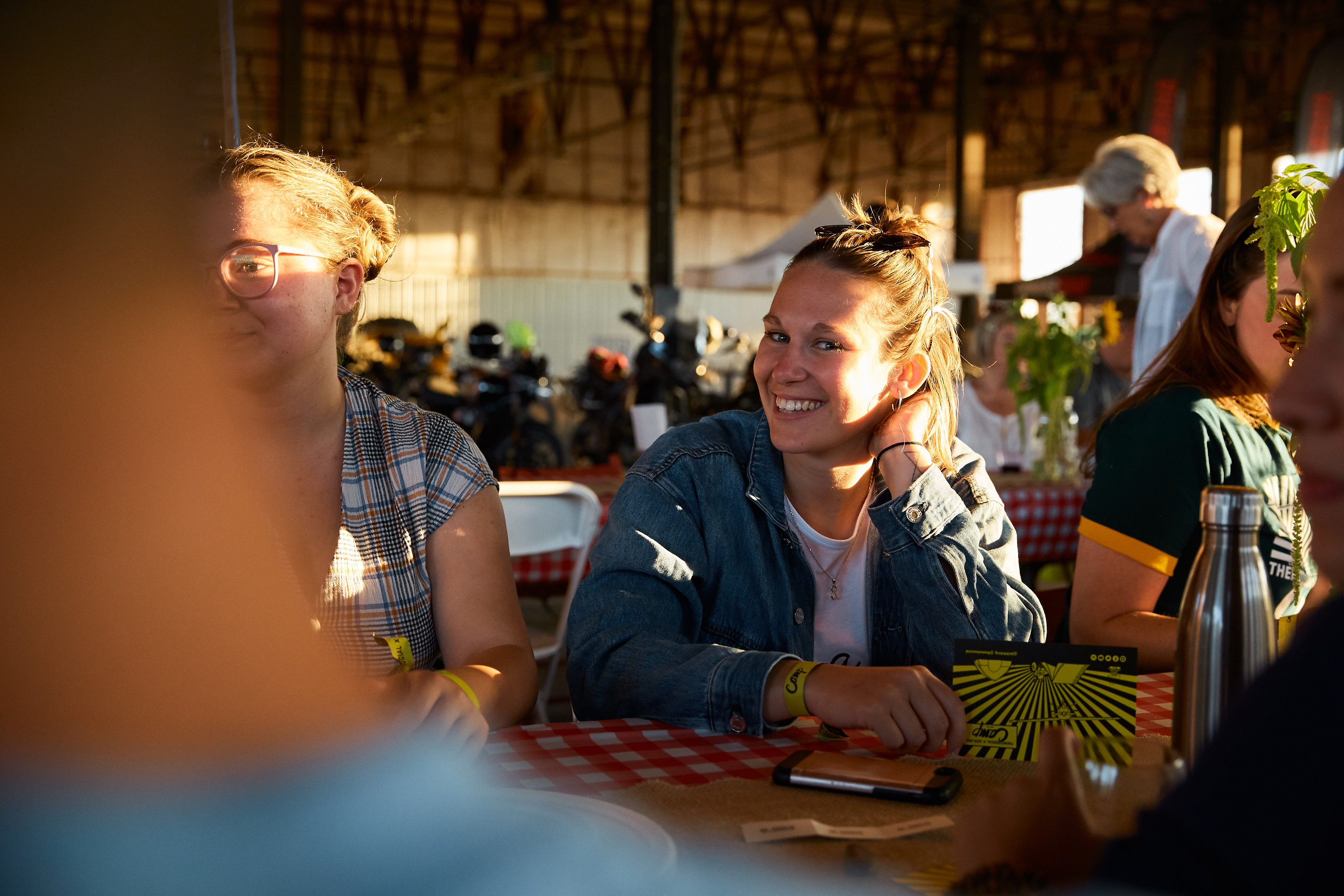 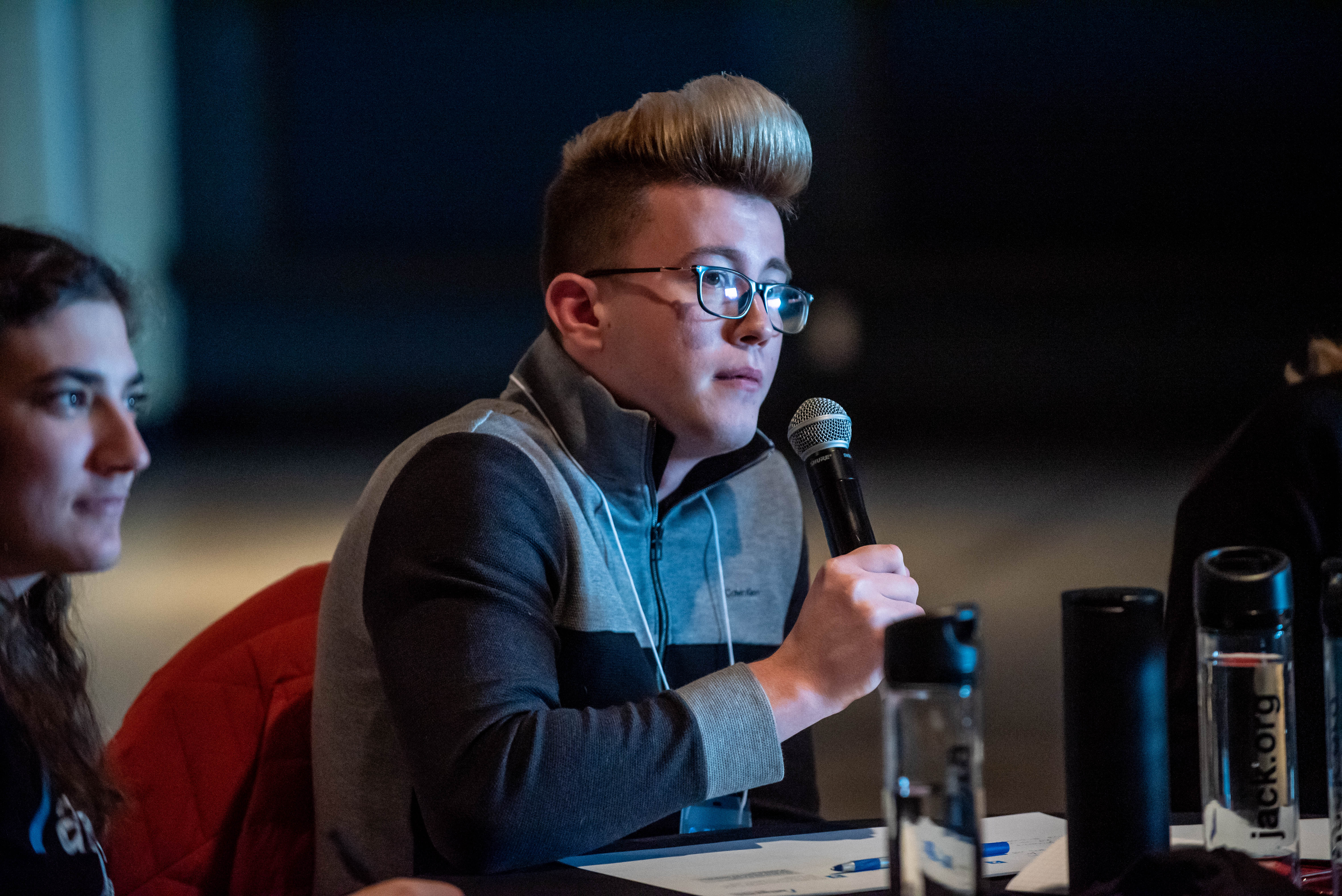 Wait times remain a persistent concern for students, and it is the top three reasons they report discomfort with accessing services.

This year on participating CAT campuses, wait times averaged 1.5 weeks for non-urgent initial appointments and two weeks for a follow-up appointment, as reported by wellness centre staff. Wait times remain relatively consistent with the 2019/2020 CAT Report, when the average wait time for students who accessed services was 2.5 weeks. The number one reason both current service users (44%) and non-service users (35%) reported discomfort accessing in-person services was wait times (either from their experience or perceived).

Young people have called attention to these issues and the need for resources to address them, including across the Jack.org network. This year, students on participating CAT campuses found that many of their campuses have a wide range of general resources for these equity-seeking groups; however, mental health-specific resources are sometimes lacking, as seen below.

Students who have not accessed services have somewhat negative or uncertain perceptions of how accessible services would be if they needed them and whether services would meet their needs. These perceptions are barriers to them accessing campus services.

While no major conclusions can be drawn from these preliminary data, they do suggest a need for more consultation and research involving those who don’t access services, as stigma and negative perceptions of the services continue to be associated with help-seeking behaviour amongst the student population. 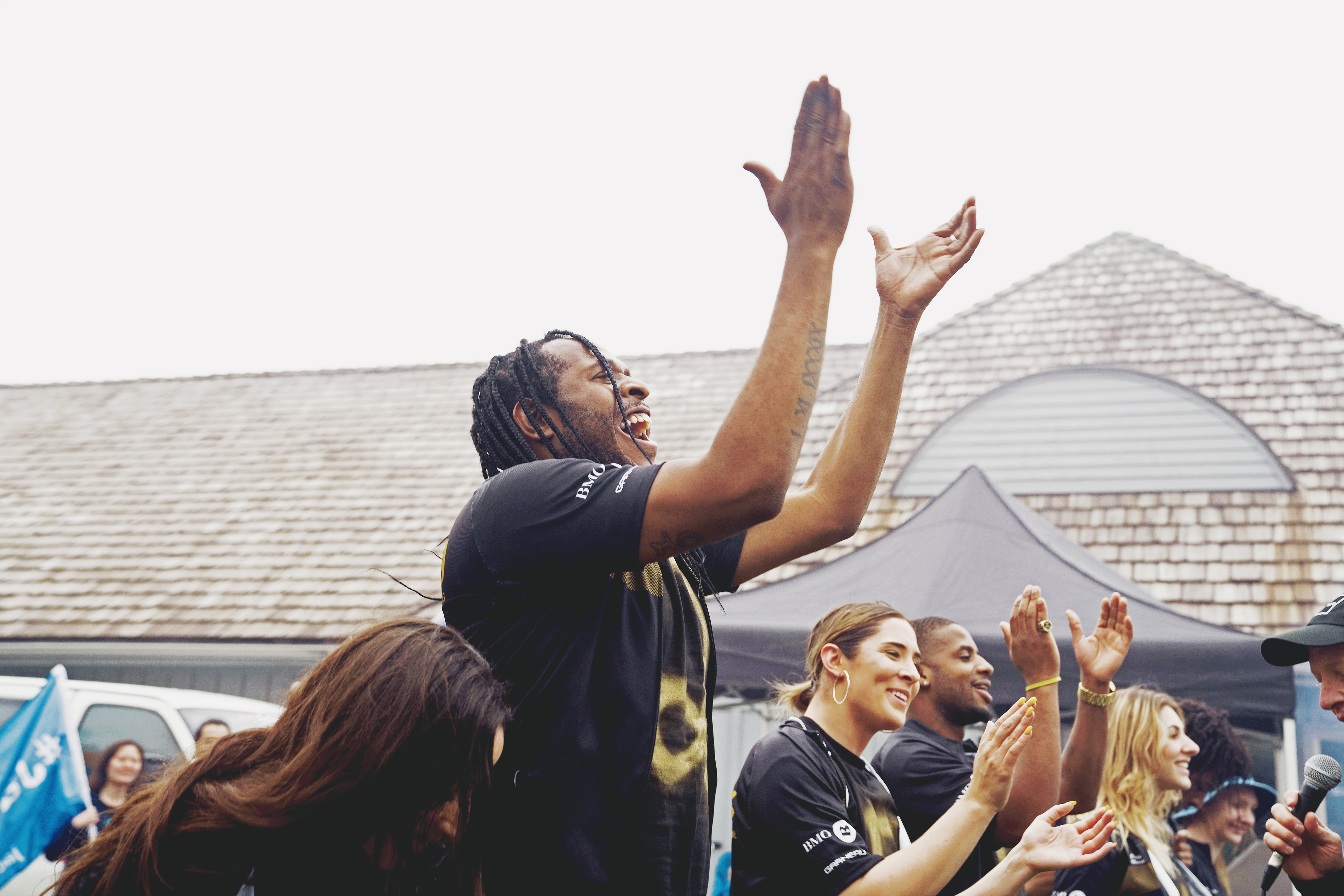 Awareness of 1:1 counselling services is higher than other services, such as peer support. A stepped care model can reduce wait times and increase accessibility.

Although many students have been accessing counseling remotely, awareness and usage of other mental health resources remains quite low. Services other than 1:1 counselling accounted for only 24% of all services that respondents reported using in the past year. The demand for and usage of 1:1 counselling is substantially higher than all other services combined. Increased awareness of alternative options and their benefits should alleviate the strain on 1:1 counselling, especially when considering all campuses have a diversity of service options at their disposal. Eight out of the 10 participating campuses provide peer support programs, either virtual or in person, with volunteers generally trained in active listening and providing a safe and inclusive environment. These resources should not be seen as substitutes for one another, but instead exist as a suite of complementary options available for support. The promotion of peer support, along with the availability of other less intensive services, can significantly increase the accessibility of mental health support on campus. Increased student awareness of services other than typical 1:1 counselling service could help reduce wait times and increase accessibility. 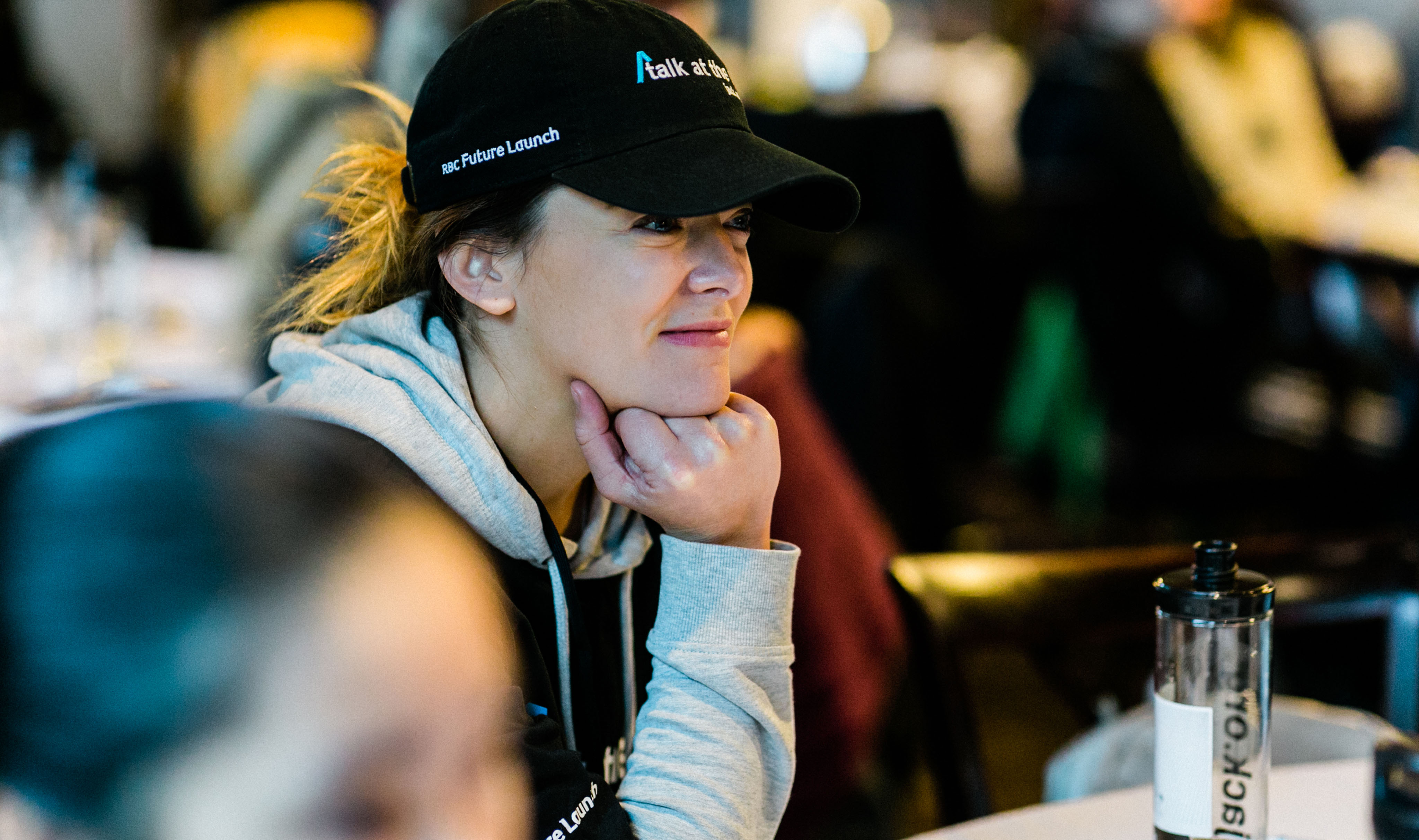 All 10 campuses provide some degree of general support services for students from equity-seeking groups, while a slight majority provide mental health-specific resources.

The CAT identifies several equity-seeking groups that have unique mental health needs and are often faced with a lack of appropriate resources or services to address their needs. Within the last year especially, there is a growing recognition of the additional mental health stressors faced by many members of these groups on the basis of their identity, including overt disicrimination, intergenerational trauma inflicted by colonialism and the legacy of the residential school system, and ongoing institutional and structural oppression.

Young people have called attention to these issues and the need for resources to address them, including across the Jack.org network. This year, students on participating CAT campuses found that many of their campuses have a wide range of general resources for these equity-seeking groups; however, mental health-specific resources are sometimes lacking, as seen below.

This year’s CAT reveals that many campuses are investing to respond to the unique mental health needs of equity-seeking groups, by either staffing counsellors and facilitators with intersectional and marginalized identities or providing counsellors and staff with cultural competency and intersectionality training. With that said, in the CAT survey, 35% of service users report feeling that the services are not responsive to their background or experiences. Much work remains to ensure mental health services are properly responding to the identities and lived experiences of students, but the data from this year’s tool does point to some positive developments. 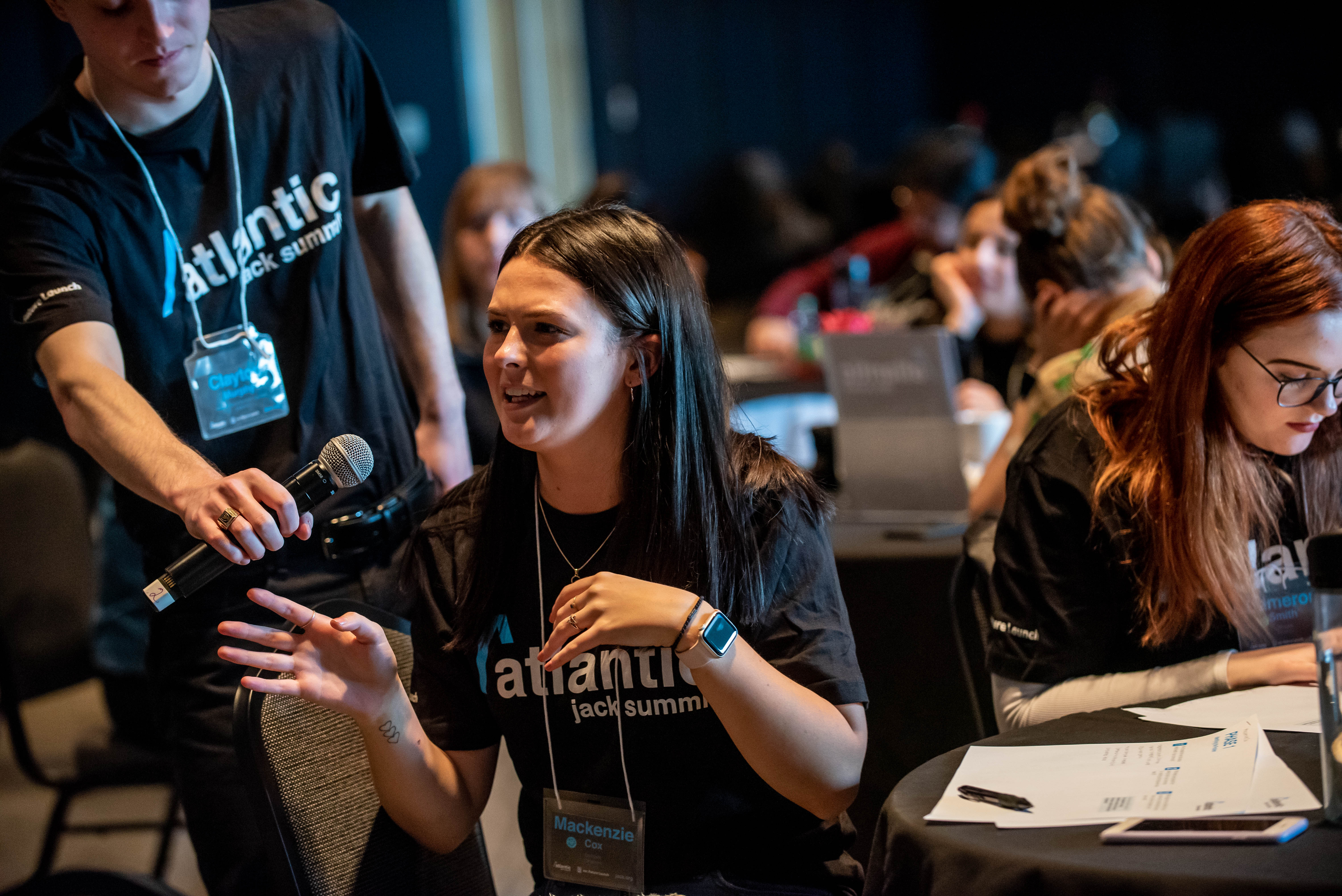 What Causes Students to Struggle? 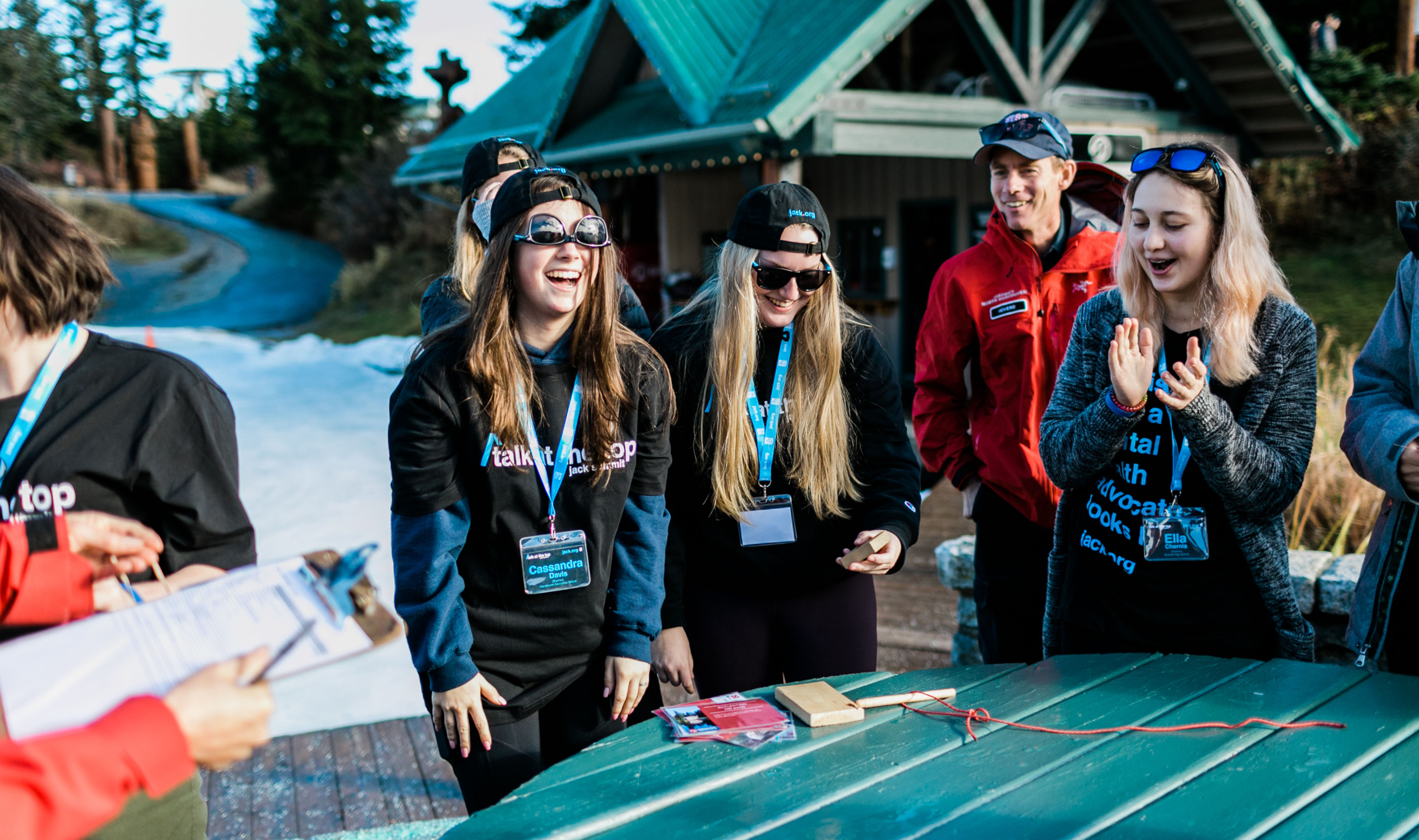 Post-secondary students continue to struggle with academic stress, financial stress, and within the last two years, the COVID-19 pandemic.

Students were asked to select the top three factors that contribute to mental health struggle for them. Their responses are displayed in the chart below.

What causes students to struggle? 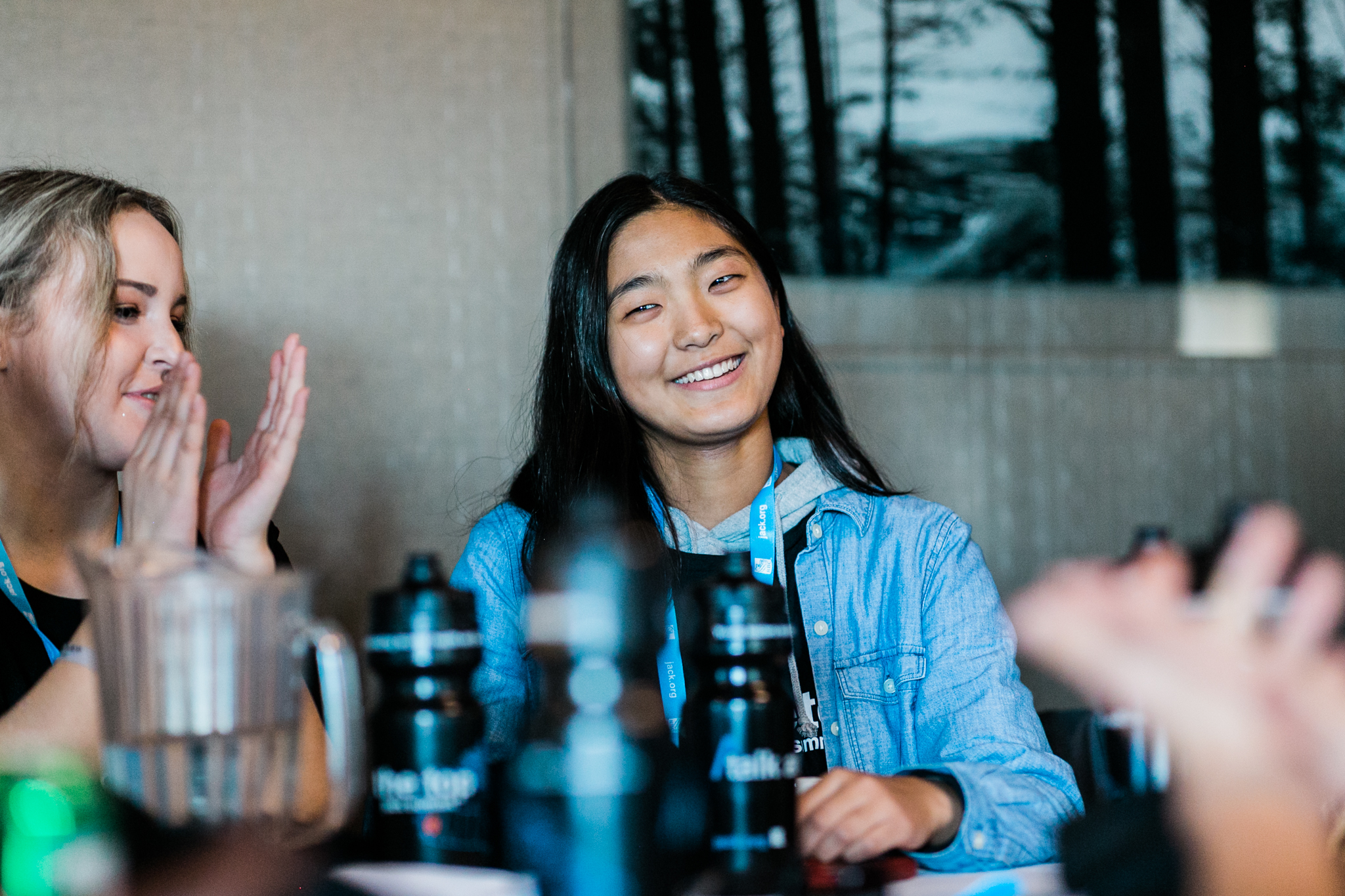